What's on your mind?

This is just something that just came to mind.

Is it possible to colour your hats with the Kohls Admin script without colouring your body at the same time?

For instance, let's say I want to just turn some random hat on my head a different colour, is there a possible way to colour the hats without affecting your body torso?

I am an exploiter myself and I love creating things in the game such as making a few jokes like making the ban hammer ban people(it only kicks btw because banning would be a bit too much). I have also made a few scripts that will inst lag servers/sometimes crash them, I don't use this because there is no need nor is it fun. I have also made a few other things such as my own Custom Commands to make things a bit more easier. I had also made a script to fix the baseplate and obby if it was moved. I did create my own bans list incase of people I don't agree with their actions such as spamming swag(btw I have an anti for the swag crash thing so it won't effect the game I am in). My bans in game is set to false by default so if I banned you I can turn it on if I want to kick you out or you can join me and stay chill and I might take you off my bans list so when I turn it on you won't be kicked. Here is a few images of the things I have created: 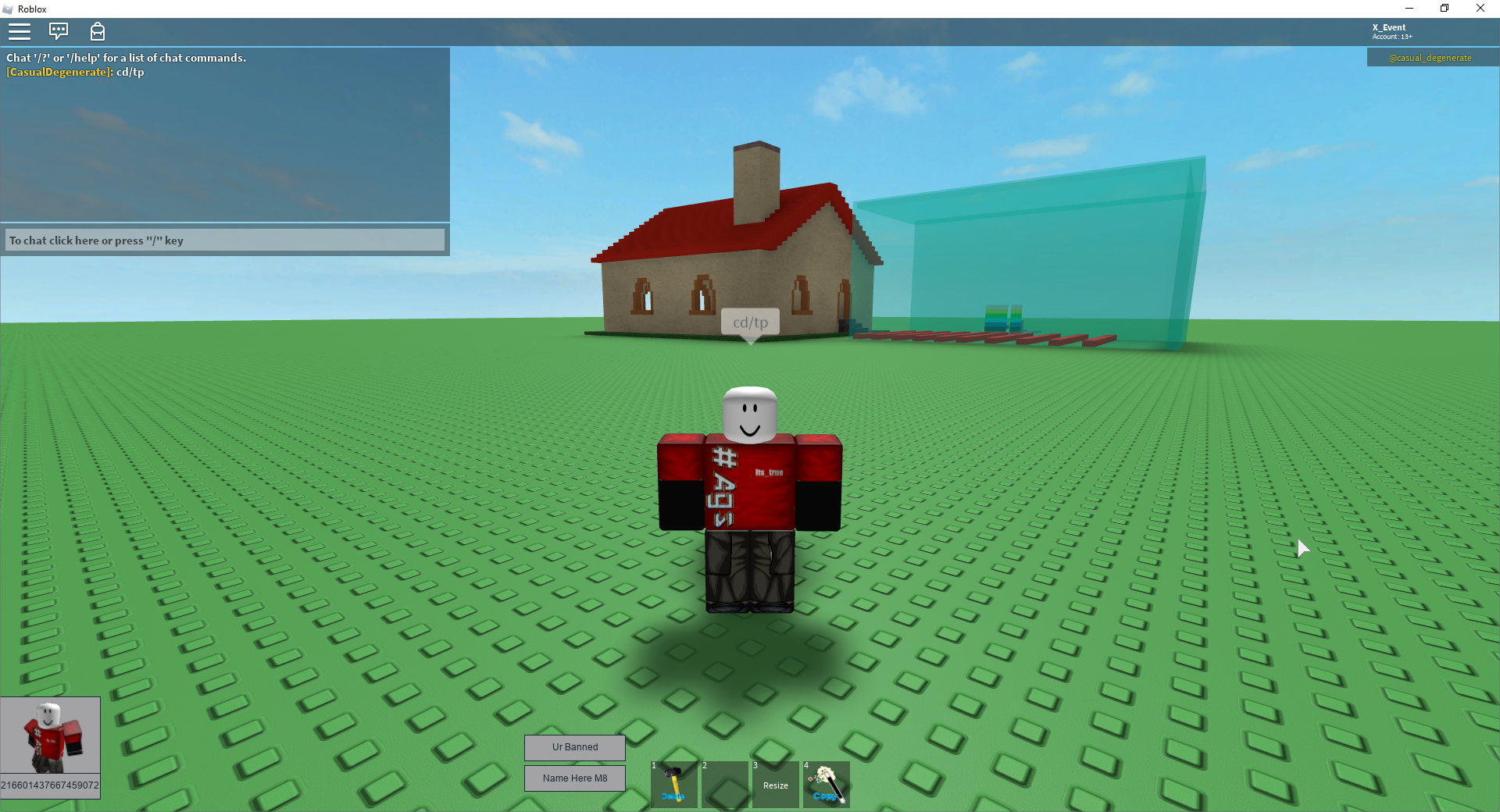 This image showcases my ban GUI that I use and on the bottom left there is my photo of my avatar and an Discord ID that I can click on to auto send my Discord @ if players want to chat with me via discord.

This one gif showcases what will happen at the very top right of my screen. (It's an obvious patch of ROBLOX name bug where it turns to a disgusting yellow color.)

This one is showcasing one of my commands called cd/1 it's a coloring effect my friend created I put in my Custom Commands to show other players, it's a artistic expression of what inspired me to create more in this game.

I have made a few commands for my Custom Commands script such as something to log the music that is playing ingame and to put it in a file for me to use later:

I am not saying that exploiting is good, I just want to see public opinion of exploiters and what you think of them. I might post here again since this seems like a cool place. I would love to edit the Admin Commands page so I can talk about so many awesome things you can do with them. Anyways, I would love to talk to you all in the comments :D

There are a lot of youngsters who like to abuse on Kohls Admin House so i'd like to learn this command i've seen many people use the command too kick abusers..

My question is, how do you do this?